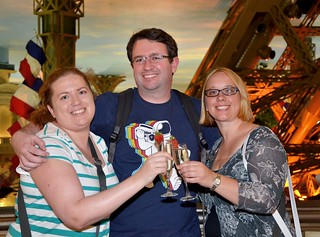 After the previously posted of “thieving gits” in 2009, I now encrypt my laptop, and was prepared to take a performance hit for it, and this is just fine.

One of the pieces of advice I’ve seen about SSDs is to not encrypt them because the extra write cycle will wear them out quicker, incompressible data leads to slower transfer rates, garbage collection/trim will slow them down, etc. Well, that hasn’t been my experience, and these concerns are even addressed specifically for this drive.

I sort of regard replacing hard drives like changing oil in a car – something you need to do to keep things working. It might last, but it probably won’t.

So along those lines, I’ve just replaced the hard drive in my MacBook Pro with a new SSD – my local computer store had two 512GB OCZ Agility 4’s for a very good price – so I got that.

One things I was worried about was how it works with the crazy NVidia MCP79 SATA interface in these.. they are a SATA-II controller, and have a bit of a bug, where if they see a SATA-III device, it goes “wtf is this?” and clocks it down to SATA-I speed, instead of SATA-II. For hard drives, that doesn’t matter – but for SSD’s, it’s going to limit performance. I have an SSD in my work MacBook Pro, of a similar vintage, and it only runs at SATA-I speed, and it’s good enough, but not great.

I did some reading on OCZ’s offerings – for their “3” series of drives, there’s a utility you can download to set them to SATA-II, but no such utility exists for the “4” series. Well, turns out what I had seen suggested is the case – they will detect they’re connected to an MCP79, and automatically claim to be SATA-II. This is the main reason I’m posting this – in case someone else has similar concerns ;) So this SSD is doing 208MB/sec write, 250MB/sec read, which is pretty impressive.

As a side note: I saw a storage company’s SEs who I work quite closely with while I was buying this – and made a joke about how much cheaper they were than their SSD’s ;) 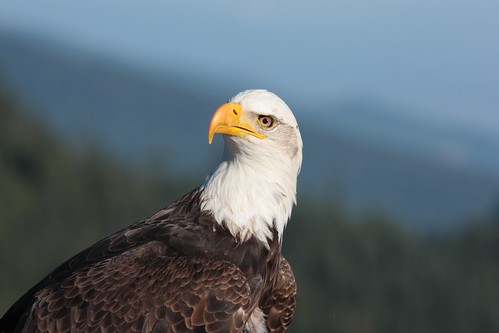 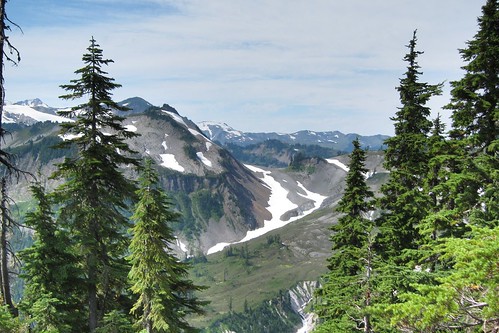 Went to Mount Baker today – beautiful place. Also set up theducks.org to only have comments via Facebook. Sorry. RIP Steve Jobs, a photo by theducks on Flickr.

I could write a lot about Steve Job’s death, but a lot of it has been said by others, and said well.

I’ll take the anonymous proverb, sometimes mis-attributed to Dr Seuss – “Don’t cry because it’s over, smile because it happened.”

And what happened was amazing – from the “ignition” (as their press releases say) of the personal computer market, their decline, NeXT’s rise, Apple’s return and to the sheer scale of their success.

But I’m sad because it wasn’t finished. He won’t see the mothership built, or even his new house, or the growth and development of his youngest children, or the evolution of Apple or society.

But, for all these things he wasn’t able to achieve in one lifetime, he still did some truly amazing things.

.. and all I got was this stupid t-shirt.

Actually, I didn’t get a t-shirt.

Despite long layovers getting there, the TSA and lots of humidity, we had a great time.

Left Vancouver in the afternoon, flew to LAX. Yay pre-clearance of US customs and immigration in Canada.

LAX is.. almost indescribable. You have to make an effort to make an airport this bad. We arrived and had to change terminals. You’d think that’s reasonably common right? The sort of thing you’d put signs up saying how to do. Guess again!

We had a few hours in LAX, then flew to Miami (MIA). The LAX/MIA flight was 100% full, every overhead bin, every seat. Also, “overnight” and a 4 hour time change forwards, so we arrived in MIA at 1AM Vancouver time, 5AM Miami time. Sleep? Ha! But to make it easy on us, they played Rio on the overhead LCDs – so good luck trying to sleep with bright flashing colours in your eyes.

Liz and I got a few hours sleep on the floor at MIA before getting up to find some breakfast and catch our plane to San Jose (SJO). Which is a 3 hour change backwards.

We met up with Elizabeth’s sister, Caitlin, in the throngs of people at San Jose Costa Rica airport, and got a pre-arranged shuttle to the apartment hotel I booked for us.

Checked in, showered, then slept a bit (yay disrupted sleep!). E+C went out and got salsa, refried beans, corn chips and tortillas from a nearby shop, and we had some snacks. Did lots of chatting and planning, planned a trip to a butterfly farm for the next day. Had Quiznos for dinner – ordered in spanish.

Went to butterfly farm. It was in an urban-fringe type area, and I was not disappointed in my stereotypes of central America. Most of the buildings had tin roofs, and wandering chickens and dogs. Also, the roads had giant pot holes.

Took a day trip through the countryside. Included a river boat trip spotting animals, authentic Costa Rican lunch and a ski-lift/sky-tram through the forrest canopy. Nice and relaxing.

Went to downtown San Jose. Plans was to check out the gold museum and banking museum. Unfortunately they were both mostly closed for renovation. Downtown San Jose is.. not very nice. Sort of, get-out-of-town-before-sunset type not nice. But we survived ok, and caught public buses in and out. It was an experience.

Tour to Irazú volcano. Saw volcano – no lava though. Got irascible at Irazú due to misunderstanding of meeting places and subsequently having to expend a lot of energy at high altitudes. But it all worked out in the end. Went to Lankester Gardens, took many photos of flowers.

Back at the hotel, tried doing laundry. Dryer didn’t work, but the staff pre-emptively fixed that by drying it in their industrial dryer and returning it to us mostly folded. Yay!

Tour to Monteverde. Driver was an hour late, then we got stuck for almost an hour on the pan-american highway due to protestors. Admired Police for their restraint and for protecting the protestors – I would guarantee doing the same thing in Australia would get you pepper-sprayed and hauled off in flex-cuffs quicker than you could say “We want..” Drive to Monteverde was up 15kms of an amazingly bumpy dirt road in a Toyota Hiace. It took almost an hour up, and 30 minutes down. Went on a walking tour through forrest and over suspension bridges. Saw a Queztel, but didn’t have my 400mm lens on, so only got a crappy photo. But it was fun :)

Packed and off to the airport. SJO-MIA-LAX. No US Customs pre-clearance, so arrived in Miami and had to do a massive trek through the terminal to get to Customs, then waiting in line for an hour. Yaaaay. Then re-check bags, re-clear security, get to gate with a few minutes to spare, wolf down dinner.. then the plane to LAX is delayed by an hour due to lightning. Doh! Uneventful flight to LAX, picked up at airport by E+C’s cousin Nadine, dropped off at hotel near her place, shower, and sleep by 2AM.

Photos from LA. Breakfast at hotel, shared table and chatted with couple from Teax. Walk to beach, meet Caitlin (staying at cousin’s place near beach). Wander around, watch the beginning of Smackfest, a beach volleyball tournament. Back to Nadine’s place, then back to beach where C+N swim, Elizabeth and I watch and soak up the rays, have some brunch/second breakfast, meet up with Nadine’s husband Anthony. Back to their place, then brave LA highways, go to lookout over Hollywood sign. Brave more freeways, tourists, drive through Sunset strip, Rodeo drive, Beverley Hills, go to La Brea Tarpits. Dinner at swanky little restaurant, back to N+A’s place, chat till 11PM, walk back to hotel.

Mini-breakfast at hotel, including made on the spot waffle (om nom nom). Checked out and picked up from hotel, brunch again with C+N+A. Went to BestBuy, picked over the carcass of a Borders store. Had ice cream. Hung out and chatted with them some more, then off to the airport, sad goodbyes with Caitlin and flight back to YVR. In bed by 11:30PM, and then up for work the next morning!